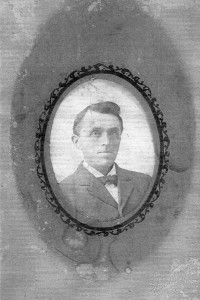 Knowing the facts of Willem’s life – his birth and death dates, his big family, home sites, business transactions, etc. – is interesting and tells us much about our ancestor Willem. But wouldn’t you have liked to really know Willem? What was his favorite food? Did he like to play checkers? Who was his best friend? Did he ice skate on the frozen canals of Holland with his children? Did he like music? Or enjoy telling stories? These things we will never know. We will never know the personal/intimate Willem because he lived years ago, years before we were born.

We only know Willem from the life story we have put together and told in this book, and what we do know gives us an impression of his character. One obvious impression is the incredible resilience and optimism Willem had. First, leaving Genderen for Haarlemmermeer, and leaving the Netherlands to come to America – a new language, the long trip through Ellis Island with his large family and the train ride to  Iowa, finding a place to live in a new town/country, the death of his wives and a child, financial woes,  hardships, etc. Through each stage of Willem’s life, we see him remaining optimistic and courageous in ‘starting over.’  This is the legacy that Willem left for each of us – courage, conﬁdence, perseverance, and strength – characteristics that he demonstrated through his life’s journey.

Today, 2011, one hundred sixty-two years after Willem’s birth, we descendants of Willem, living all over the world, reflect on his life. As we read his story, let us remember and respect the spirit of Willem and be thankful for the legacy that he left us.

Willem Van Wijk (William Van Wyk) was born in Genderen, the Netherlands, on May 4, 1849, the fifth child of Jan and Hendrina van der Beek van Wijk. During the year 1873, Willem moved to the Haarlemmermeer area and worked as foreman on the De Haan farm. On February 2, 1873, he married Trijntje van den Heuvel, born December 28, 1853, daughter of Dirk Jan and Hendrika Boll van den Heuvel.  In June of 1892, William and Trijntje Van Wijk immigrated to America.  Eleven children ages one year to 18 years, all born at Haarlemmermeer, Netherlands, came with them.

In October, 1893, one year after they came to America, another child, Cornelis (Neal), was born to Willem and Trijntje. They now had eleven sons and one daughter. Two months after Neal’s birth, Trijntje van den Heuvel Van Wyk died on her fortieth birthday, December 28, 1893. She was buried in Hewitt Cemetery, near Galesburg, Jasper County, Iowa.

Willem married again on February 6, 1903, to Taetje Tigchelaar Bontekoe, daughter of Theunis Jelles and Dieuwke Berends Faber Tigchelaar. Taetje (Tillie De Bont) was born in the Netherlands on February 22, 1864, and in 1885 married Pieter Bontekoe. Pieter died in 1896. Three years later, in 1899, Taekje came to America with her five children. Willem and Tillie lived in the Pella area. They had five children.

Willem Van Wyk died of cancer at the home of his daughter, Hendrika Lanser, of Sully, Iowa, on May 1, 1917. He was buried on his sixty-eighth birthday beside his first wife in Hewitt Cemetery.

Children of Pieter and Tillie Bontekoe